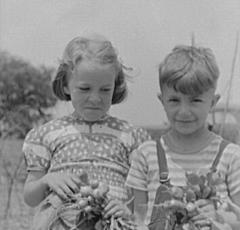 What was it like to feed a family in Washington, D.C. during the days of World War II rationing? Put yourself in the shoes of a 30-year-old mother of two and find out.

Trekking through the thick winter snow of the Pyrenees mountain range, Virginia Hall struggled with each passing step. After thirteen months in war-torn France with insufficient access to food, heating, and clothes, the once striking thirty-six-year-old lost the glow of youth. Hardened by the death, loss, and destruction, she witnessed at the hands of the Nazis and their collaborators, she was determined to complete the arduous journey through the mountain range that separated occupied France from neutral Spain.

Your mission, should you choose to accept it, is to begin your training as a World War II spy in the forests of Prince William County, Virginia.

When the U.S. entered WWII in late 1941, women all over Washington stepped up to fulfill wartime needs; and Filipino women were certainly no exception. The Filipino Women's Club of Washington, formed in 1943, played a crucial role in the war effort and inspired community when the city most needed it. 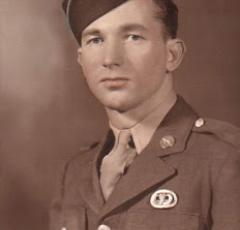 Scout Joe Cambria of the Washington Senators was in Florida in the summer of 1938, seeking out new recruits for D.C.’s major league baseball team. When he watched Forrest “Lefty” Brewer pitch for the St. Augustine Saints that summer, the scout had no doubt that this was a player who could help turn around the struggling D.C. club. On June 6, 1938, Brewer threw a no hitter in the minor leagues. Exactly six years later he jumped out of a plane over Normandy, France on D-Day.

By mid 1944, Washingtonians had known for some time that a major invasion of Europe was in store. But when news of D-Day came on June 6, 1944, it was still a sobering event. The city reacted with a combination of pause and activity.

East Arlington and Queen City were two tight-knit African American communities that forged a strong and independent existence despite the perils of Jim Crow. Yet the rapid expansion of federal government and the pressing demands of World War II endangered all that these Arlington residents had built together and, quite literally, wiped it off the map.

Is it possible for a man to play Major League Baseball with one leg? Not for most men, but most men aren't Bert Shepard who played for the Washington Senators in 1945 after losing his right leg in World War II.

On Nov. 13, 1945, the National Press Club hosted a dinner honoring President Harry Truman at Hotel Statler. The 1,000 person guest list featured a virtual who’s who of Washington’s political elite, but more than anything, attendees looked forward to a performance by Glenn Miller’s famous Army Air Force Band. While festive, the evening was also bittersweet, for the band was without its leader. Nearly a year earlier, Major Glenn Miller, famous bandleader and trombonist, had gone missing over the English Channel, while traveling from England to France to give concerts to the troops liberating Europe. 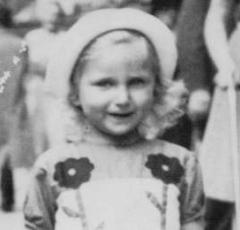 For the past 18 years, the United States Holocaust Memorial Museum has hosted the First Person program each summer. These programs are open to the public, and allow musuem visitors to listen to personal stories of Holocaust survivors, and to engage with them.