Mark Jones has called the D.C. area home since he was three years old. As a child he enjoyed taking family trips to Colonial Williamsburg and impersonating historical figures for elementary school book reports. He earned a Bachelor’s degree in History from Davidson College and a Master's in History and New Media from George Mason University. Prior to coming to WETA, Mark worked as an interpreter for the National Park Service at Arlington House: The Robert E. Lee Memorial, where (much to the amusement of his friends) he wore the "Smokey the Bear" hat as part of his uniform and occasionally donned period clothes. (Photos are classified.)

Posts by this Author

When Victor Hugo's novel Les Misérables was published in the spring of 1862, it took the world by storm. Within weeks, American audiences began devouring a five-volume translation by renowned classicist Charles E. Wilbour. As the Civil War raged, soldiers on both sides of the lines gobbled up copies and carried them into battle. But here's the thing: Confederate soldiers weren't actually reading the same book as their Northern adversaries, and that was by design. 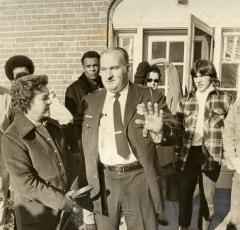 It was Christmas night 1974 in Lorton Reformatory’s Maximum Security wing. Correctional Officer Lt. O.W. Larsen was keeping watch over the mess hall where around 100 inmates were finishing dinner and sitting down for a showing of “The Hong Kong Connection,” a Kung Fu movie. Suddenly Larsen felt the muzzle of a handgun pressed into his neck. Earl Coleman, serving 5 to 15 years for robbery and nicknamed “Killer,” had his finger on the trigger. As Coleman overpowered Larsen, other inmates did the same to the other guards in the hall. Within moments they had control of the room. 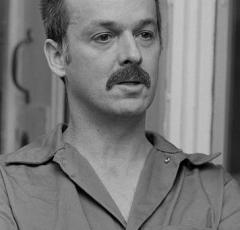 Dr. Michael Halberstam and his wife, Elliott, had planned to go to a movie after leaving their friends’ cocktail party, but they decided to make a quick stop back at home first. Michael parked the car and went inside the couple’s Palisades D.C. home to let out their two dogs, Iris and Jake. Elliot headed around back to meet the pups. It was about 8:45 pm – well after dark in the late fall. Moments later, the doctor was staring down the barrel of snub-nosed revolver in his own kitchen.

The odd chain of events that came next would uncover one of the largest — and strangest — crime operations in Washington, D.C. area history. 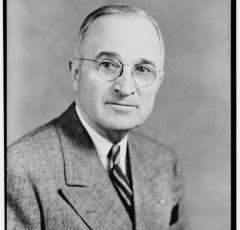 A little before 2pm on November 1, 1950, President Truman laid down for a quick nap at Blair House, the temporary residence of the first family while the White House was undergoing renovations. Across town, taxi driver John Gavounas had just picked up two men at North Capitol St. and Massachusetts Ave. The men instructed him to take them to 17th and Pennsylvania Ave. and then spent the ride talking to each other in Spanish. The only word that Gavounas recognized was “Truman.” Moments later, the sidewalk erupted in gunfire. 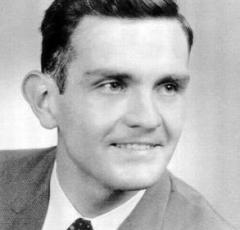 Dusk was approaching when Norman Morrison pulled into the Pentagon parking lot on November 2, 1965. Parking his two-tone Cadillac in the lot, he walked toward the north entrance, carrying his 11-month old daughter, Emily, and a wicker picnic basket with a jug of kerosene inside. Reaching a retaining wall at the building’s perimeter, the 31-year-old Quaker from Baltimore climbed up and began pacing back and forth. Around 5:20 pm, he yelled to Defense Department workers who were leaving the building.

In the wee hours of the morning on October 11, 1972 William Claiborne was doing what most other Washingtonians were doing: sleeping. When the phone rang at 4:15 am, he answered groggily. A panicked voice on the other end of the line said that inmates at the D.C. Jail were holding guards hostage and had requested his presence.

A few minutes later, Corrections Director Kenneth L. Hardy called with a personal plea. “Mr. Claiborne, they have taken Cellblock 1 and they are holding nine of my men as hostages. They want to talk to you. Can you come down here?”

When readers of the Washington Evening Star opened their papers on August 25, 1933 they needed no reminder of what had just befallen the city. Two days earlier, the fiercest storm the nation’s capital had seen in decades pushed a wall of water up the Chesapeake Bay and Potomac River. In a matter of hours, over six inches of rain fell on D.C. 51-mph winds toppled trees. Floodwaters submerged highways. Roofs were torn off buildings. A train crossing the Anacostia River was swept off its tracks. The list went on… Damage was even worse in Ocean City, yet the storm was also a cause for celebration. Huh? 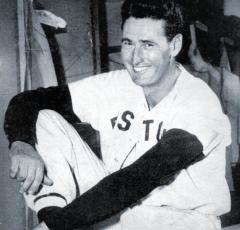 In the winter of 1969, the Washington Senators baseball club was in transition. After a flirtation with comedian Bob Hope, the team had just been sold to transportation magnate Bob Short. Short, who looked across town and saw the Washington Redskins hire legendary coach Vince Lombardi, was looking for his own splashy hire – “a storybook manager, the kind people dream about” who could be the savior he felt the franchise needed. The answer? Ted Williams. 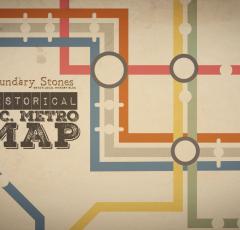 The first five Metrorail stations opened March 27, 1976, so that means today is Metro’s birthday! We thought we'd celebrate the occasion with a new Metro-inspired interactive here on the blog. In our Historical D.C. Metro Map, we’ve re-named all the stations in the system according to historical events and sometimes quirky stories from the surrounding neighborhoods. America's Toilet, Dead Man's Hollow, Xenu's Landing... What's your stop?

“Only YOU can prevent forest fires.”

Many of us, especially former Boy Scouts like myself, probably associate that statement with campfire safety. Indeed, Smokey the Bear has been around for as long as most of us can remember, reminding us to follow safe fire practices in the backcountry. However, Smokey’s message – and even the bear himself – didn’t have much to do with campfires at first. His story actually dates to World War II and has a definite Washington flavor to it.